What Is Lewy Body Dementia? How Is It Different From Alzheimer’s Disease? 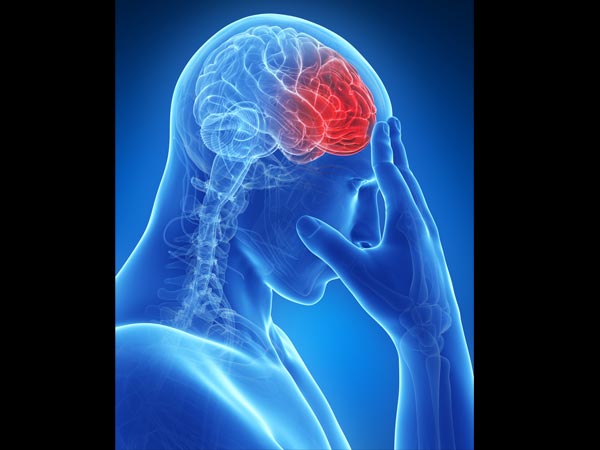 Lewy body dementia, or as otherwise known as dementia with Lewy bodies, is one of the most common kinds of progressive dementia. The regions of the brain that are involved with memory, thinking and motor control are affected in this form of dementia. The nerve cells in this region of the brain develop protein deposits. A potential decline in mental abilities is noted with this form of an ailment.

These deposits are made of alpha-synuclein (a protein). When the brain is healthy, this protein is responsible for the nerve cells playing its role aptly, especially when the brain cells communicate with each other (at synapses).

However, when this alpha-synuclein forms clumps inside the neurons, it results in Lewy body dementia, causing the neurons to work less efficiently. This begins to affect memory and movement negatively. The neurons may ultimately die off.

Changes in thinking and reasoning are the first signs of Lewy body dementia. It is then followed by the following signs and symptoms:

• You will begin to have visual hallucinations. You might see shapes and people who are not there. Auditory, olfactory or tactile hallucinations are also possible.
• Rigid muscles, tremor and slow movement (the signs of Parkinson's disease) occur.
• You lose motivation to do anything.
• Dizziness, constipation and frequent falling happen as the nervous system responsible for regulating pulse, sweating, blood pressure and digestive process is affected.
• Cognitive problems, quite similar to Alzheimer's disease, are observed. There are poor attention, memory loss and visual-spatial problems.
• There is likely to be depression at some point in time during this illness.
• Rapid eye movement sleep behaviour disorder is common. You might begin to physically act out what you dream.
• Your attention span is reduced. You might take long naps during the day. There could be episodes of drowsiness.

Apart from the observation of the above-mentioned symptoms, your doctor would require a thorough analysis to reach a conclusive diagnosis.

Tests for certain biomarkers (presence of certain substances in the blood) are usually performed. The diagnosis typically would include:

• Neurological examination to check for signs of Parkinson's disease. This usually tests walking, muscle tone, reflexes, sense of touch, balance, eye movements and strength.
• A short test is conducted to assess mental abilities. This is usually done to differentiate between the presence of Lewy body dementia and Alzheimer's disease.
• Blood tests are done to check for deficiency of vitamin B 12 or underactive thyroid gland.
• MRI or CT scan is conducted to identify bleeding or stroke. This also helps in ruling out the presence of a tumour.

The similarity between Alzheimer's and Lewy body dementia is that people with any of these two show signs of difficulties related to reasoning and memory. Vision-spatial cognition is also observed along with problems in execution. Social and occupational functioning are affected drastically too.

There is a change in temperature and blood pressure. Digestion is also affected adversely. Some days can be free of issues while some can be really bad, such as with frequent falls and severe visual hallucinations.

There is no one defined care or treatment for Lewy body dementia. Doctors believe in treating the symptoms individually.

Cholinesterase inhibitors are ideally used for Alzheimer's disease, but are effective in treating the symptoms of Lewy body dementia as well. These work by increasing the level of chemical messengers that are important for memory and reasoning abilities of the brain. This improves cognition and alertness.

To reduce symptoms of Lewy body dementia that are similar to Parkinson's disease, medicines such as carbidopalevodopa are prescribed. This can reduce slow movement and rigid muscles.

Sleep and movement problems might be treated with other specific medications.

It should be noted that medicines such as Haloperidol (first-generation antipsychotic medicines) should not be used for the treatment of Lewy body dementia.