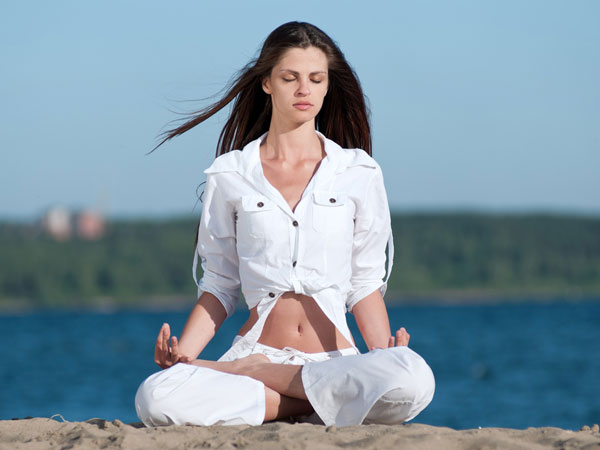 Despite the fine lines between the three-Yoga, Pranayama, and Meditation-they are confused with each other more than often. It stands true that all three of them aim at offering you better health and a peaceful and tranquil lifestyle. But in terms of methodologies and approaches, the relationship between them is a bit complex.

While Yoga is often mistaken as a form of 'exercise' only, very few are aware that Meditation or Dhyana is considered a part of Yoga. On the other side, Pranayama should be practiced along with the two for comprehensive physical and mental benefits.

Let's dive deeper and find out the key differences between them.

With its origin in ancient India, Yoga is the generic term coined for physical, mental, and spiritual practices aimed at attaining a state of permanent peace.

It comprises of yogic exercises which cater to the entirety of human body-internal, external, and mental stability. If followed regularly, in a particular pattern, Yoga is said to not only enlighten the body but also bring freshness into it. It even helps you mould and control your feelings.

It's said that on practicing all eight, one can achieve physical, mental, and spiritual fulfilment. From Yama to Samadhi, all the eight subdivisions are created with a central basic philosophy-to establish a direct contact with the creator of this universe.

This connection is believed to give yogis the ultimate feeling of satisfaction and unbolt doors to infinite joy. Other advanced stages of Yoga bring to life good health along with peace of mind.
So, breaking the myths, let us all get it straight that Yoga is not only limited to Asana; it is, rather, much beyond and above that.

Wikipedia defines Pranayama as the "extension of 'pran' or breath or, extension of the life force." And this is why it is considered as 'the yoga of breathing'.

This divine and spiritual method of concentration involves breath inhalation and exhalation exercises. Pranayama is also believed as the most perfect and efficient way to bring the mind under control-it helps one gain internal stability and, consequently, focus on their goals.

Pranayama is generally practiced by sitting in "padmasana" and concentrating on slow and steady breathing. Some also practice it by concentrating on rapid inhalation and exhalation-this type is known as 'kapalbhati'.

Meditation is an advanced level of Samadhi. A meditator has to be a master of his mind and his concentration and focusing powers need to be much sharper. Meditation is adapted by thousands now in order to get rid of the unexpected attacks of stress and depression.

A religious meditation practitioner always tries to live in the moment and analyze all the changes that are taking place within as well as outside his/her body.

In fact, Dhyana (another term for meditation) is indeed the first step towards 'clearing consciousness.' It is not simply sitting in silence with a particular body posture, as most people perceive it to be. It rather is a far more profound technique of transporting one's mind and soul to the next level of human consciousness.

There are more than one ways to follow and practice Yoga, Pranayama, and Meditation. Before undertaking any, consulting with a subject expert is highly recommended.

Let us know your thoughts in the comments section below.