Neurochemistry Of Addiction And How Yoga Can Help 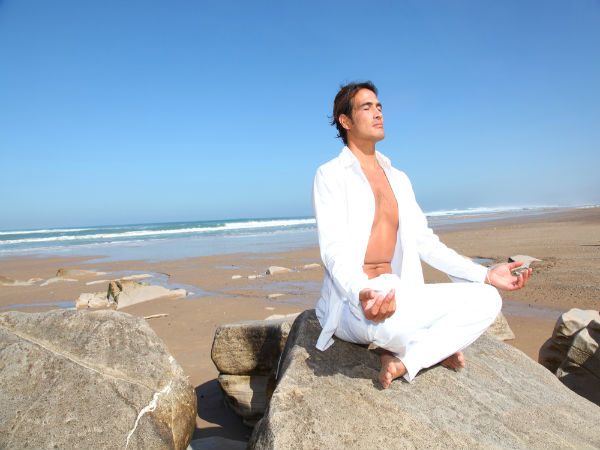 We all have experiences in our life that make us happy, put a smile on our face, and give us a "high". It could be achieving a deadline at work, shopping, that warm chocolate cookie, or just curling up in front of our favourite TV show.

We all want that "high" but what is it that compels some people to seek out these experiences even at a huge financial and personal cost, jeopardizing health and relationships? What causes addiction? Answers Divya Kanchibotla, International Meditation Teacher and Director, Sri Sri Institute of Advanced Research.

Addiction can be chemical (drugs, alcohol, opioids, nicotine) or behavioural (gambling, social media). According to UNODC world drug report, there are 255 million illicit drug users globally, out of which 29.5 million have a drug use disorder.

Out of these opioids were the most harmful and most frequently used drug with 70% of the negative health impact of drug usage. According to WHO, around 3.3 million deaths occur due to alcohol abuse each year.

Like diabetes, cancer, and heart disease, addiction is caused by a combination of behavioral, environmental, and biological factors. Genetic risk factors account for about half of the likelihood that an individual will develop an addiction. It is a bio-pyscho-social disorder.

Addiction is often born of a need to escape certain stressors or circumstances. It can also be caused by the need to feel a certain high or rush that is hard to find in anything else. More often than not, addiction is merely a symptom of a number of other underlying issues such as depression, PTSD, anxiety, and so on.

Several scientific advances have shaped our understanding of this common and complex problem. For example, brain-imaging technologies have revealed that our brains respond similarly to different pleasurable experiences, whether derived from psychoactive substances, such as alcohol and other drugs, or behaviours.

Genetic research has uncovered that some people are predisposed to addiction, but not to a specific type of addiction. Since addiction involves severe changes in cravings, behaviour and emotional responses, the role of the brain in addiction has been of a great interest to scientists.

No matter what the addiction, the common underlying theme seems to be manipulation of the brain's reward mechanism pathways. It's astounding that almost all addictive substances and behaviours impact a neurotransmitter called dopamine, directly or indirectly.

Dopamine is a molecule that ferries messages across the brain's reward centre. It's what gives people the feeling of pleasure and reinforces behaviours critical for survival, such as eating food. It also has a role in learning and memory, hence can hard wire the brain's neural pathways.

Dopamine is what gets released when we feel motivated, have a desire, and feel rewarded, so basically this neurotransmitter gives us the "pleasure" feeling. Substances like drugs manipulate the reward pathways in the brain and cause increase in the amounts of dopamine in the brain, giving a high and pleasurable feeling.

With repeated usage and artificially induced levels of dopamine, the brain scales back its normal production of dopamine to create a balance, thus creating cravings and the need for drugs for a person to feel the pleasure. This creates a vicious cycle and long-term changes in the brain physiology.

Another area that has been shown to be involved in addiction is Pre-Frontal Cortex (PFC) or our executive brain, through the limbic reward pathways and through its involvement in higher cognitive and executive functions like self-awareness and self-control.

Neuroimaging studies show that drug-addicted individuals have associated PFC dysfunction. The more the addiction, poorer the outcome for PFC-related tasks. During neuroimaging of addicted individuals, the PFC lights up like Christmas upon taking cocaine or other drugs which is in contrast to the hypoactivity during higher-order cognitive or emotional tasks.

also show that drug users experience twice the loss of grey matter with ageing than non-drug users. This indicates faster ageing and a greater cognitive decline.

De-addiction is not an easy process. It requires tremendous willpower and perseverance to give the body and the brain a chance to rewire itself. Many attempt to rehabilitate from this chronic disease by going through the initial detox but relapse in the long run.

A natural technique to support the de-addiction process is yoga and meditation. This 5000+ year-old technique is gaining immense popularity globally because of its numerous benefits.

Yoga and meditation can create a sense of calm, a greater sense of self-awareness. The stretching and deep breathing help us not only to be fit but also helps with attaining mental clarity and peace. Yoga and meditation have also been shown to alter the neurochemistry of the brain.

Studies show that yoga and meditation release dopamine in the brain. Dopamine creates motivation. Through the release of dopamine through natural pathways, yoga, and meditation help in rewiring the brain and experiencing the natural high.

Studies also show that yoga and meditation allow one greater access to PFC, thus helping with higher cognition and executive function. Reducing PFC dysfunction through yoga and meditation can improve a sense of self-awareness, compassion, and better decision making.

Regular practice of meditation for 8 weeks has also been shown to increase the grey matter, which reduces ageing and improves cognition.

Addiction is usually underlined by causes like trauma, depression, and anxiety. These also become the co-morbid conditions of this disease. Numerous studies show that yoga and meditation reduce depression, anxiety, and stress significantly.

Techniques like Art of Living's Sudarshan Kriya (SKY), a rhythmic breathing technique along with a set of pranayamas have been shown to reduce depression, stress, and anxiety and increase wellbeing.

In a study conducted at AIIMS, India, in cancer patients who completed their standard therapy, SKY helped to control the tobacco habit in 21% of individuals who were followed up to 6 months of practice. These techniques also help improve the overall quality of life.

Addiction is a chronic condition which impacts the individual and the community. Techniques like Sudarshan Kriya, yoga and meditation can support one's endeavour to gain freedom from addiction in a natural and healthy way.