How Many Calories Do You Burn With 100 Push-ups? 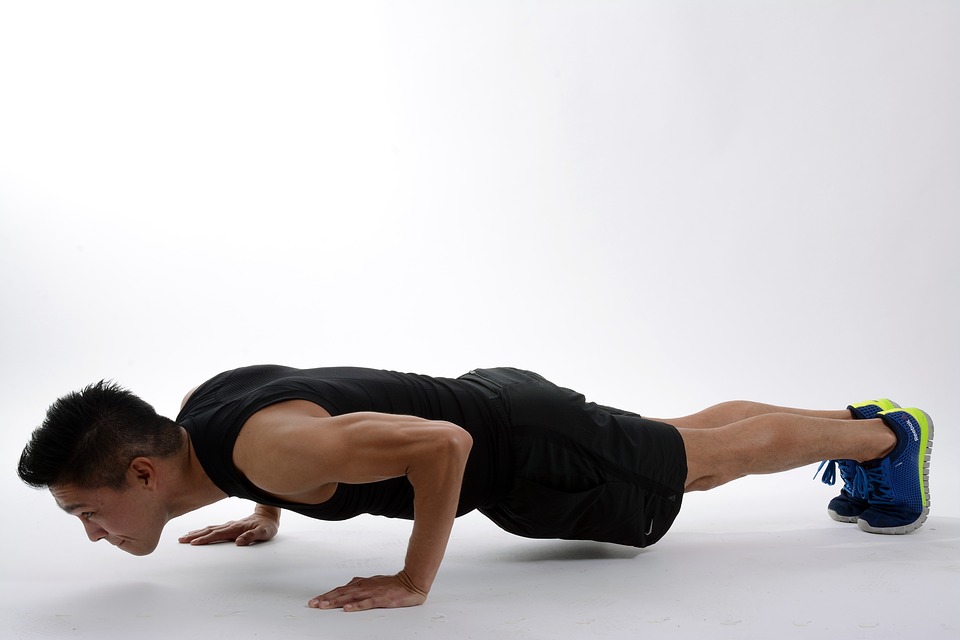 Push-up is a multi-joint and multi-muscle training for strength and endurance. It is a complete body workout. Though the origin of push-up is not clear, it exists for centuries. It is believed to be derived from yoga.

The term 'push-up' was first used in the eighteenth century in the United States between 1905 and 1910. Since then, it has been evolving and providing not just the physical benefits but mental well being too.

There are many types of push-ups that target different muscles of the body in different manners. It involves various muscles of the body and it not only tones up those muscles but also stimulates the nerves which improve the body reflexes and mental state. No wonder why this exercise is used to train and test military forces.

How many calories you lose by doing push-ups depends on how rigorously you do the workout and how much you weigh. A person weighing around 180 pounds (approx. 82 kg), who completes 100 push-ups in a span of 5 minutes helps in burning away just 34 calories, which is pretty less.

While performing the push-ups, different muscles of the body take part in the movements.

Deltoids: This is the muscle that forms the curved contour of the shoulder and is divided into three sections: front, side, and rear.

Pectorals: It is a fan-shaped muscle at the top front area of the chest. The visible chest development is the result of the development of this muscle.

Triceps: Triceps brachii is commonly referred to as triceps and forms 60% of the total upper arm muscles. It is located at the back of the upper arm and is responsible for the straightening action of the arm while doing the push-ups.

Rectus Abdominis: Commonly called abs, these are the large and straight muscles at the front of the abdomen. These muscles support the muscles of the spine.

Gluteus Maximus: These are the coarse muscles forming the large area of the hips and commonly referred to as glutes. These are responsible for maintaining the erect posture of the trunk.

Balance And Stability: Push-up stimulates the nerves, proprioceptive muscle fibres which are the microscopic nerves trying to maintain the balance of the body. This also improves the body reflexes as these nerves are working continuously during the push-ups.

Muscle Density: A consistent number and intensity of push-ups done every day help in maintaining the density of muscles which we tend to lose as we age.

Improves Posture: Push-up tones up the back and shoulder muscles. These muscles strengthen the body posture. As you regularly perform this exercise, your body improves its posture following towards its natural form.

Strengthens Lower Back: Most of the workout exercises exert pressure on the lower back and thus it is prone to injuries. Push-up cultivates the muscles that reduce the pressure on lower back increasing its strength against the injuries.

Push-up is difficult than what it appears to be. It seems to be an exercise that requires neck, spine, and legs, whereas the pressure is only felt once you actually start doing it. Here are some of the dos and don'ts.

• Do not rush into increasing the intensity and number of push-ups. Instead, focus on improving the right way to do it.
• Maintain a straight line of neck, spine, hips, and leg muscles for better results. Do not forget that push-up is all about balance and posture.
• Watch the weight distribution of all the muscles involved. Different angles exert pressure on different muscles, thus do not loosen up any of the muscles keeping all of them stiff and straight.
• Make sure that you lift your hips and not the shoulders to move your body upwards.
• Be watchful of the distance between your hands. It should not be wider than the distance between your shoulders.

In 2009, Graham Maly performed 105 fingertip push-ups in a minute recording this to his fame. The record for most push-ups with claps was made by Stephen Butler in 2009 by performing 73 in a minute. Last, but not the least to mention is Minoru Yoshida for 10,507 push-ups without stopping.