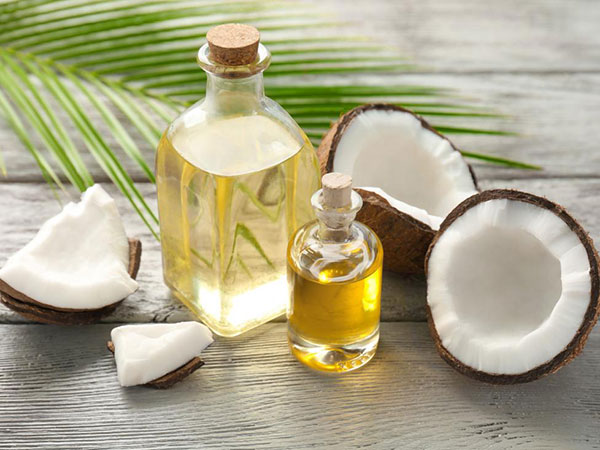 Coconut oil is an edible oil consumed in various households across the world. The oil is extracted from the kernel of mature coconuts. The two main varieties of coconut oil include copra oil and virgin coconut oil .

There are certain benefits of consuming coconut oil, particularly the organic variety.

For years, coconut has been known to be an appetite suppressant. Added to this quality of reducing appetite is its ability to burn fat. Both of these combine to make it a potent tool for burning fat in your body, especially the hard to dislodge fat deposits around your waist.

Coconut oil, rich in fatty acids, has been known as a potent immunity booster as well . Fatty acids have been proven to have many effects on immune cells. As structural components of cell membranes, source of energy and ability to signal molecules, fatty acids directly influence immune cell activation .

The medium chain fatty acids that are found in coconut are responsible for boosting the metabolism of the human body when consumed. A better metabolism leads to improvement in the functioning of the cells and hormones in the body.

Clinical trials on rats have proved that virgin coconut oil greatly improves bone structure, preventing osteoporosis to a great extent. This can be attributed to the presence of a high amount of anti-oxidative polyphenols in VCO .

Obesity is closely connected with a number of related conditions such as insulin resistance (IR), diabetes, heart disease, hypertension, and non-alcoholic fatty liver disease. Together, these are referred to as the Metabolic Syndrome. While there are a number of contributing factors, diet is probably the most relevant of them all .

There is indeed much evidence to suggest that saturated fat from coconut oil might be beneficial in the prevention as well as cure of diabetes, along with having a similar effect on the other conditions included in the Metabolic Syndrome .

An increase in blood pressure or hypertension is a leading cause of atherosclerosis or build-up of plaque in arteries, coronary heart disease, and stroke. Hypertension has been seen to be caused to a great extent, by an unhealthy lifestyle .

Coconut oil is believed to be able to increase the good HDL in your body, at the same time turning the bad LDL into a less harmful form.

Consumption of coconut oil improves digestion. The medium chain fatty acids in coconut oil help in promoting digestion and decomposition of lipids, by improving the fat metabolism and thereby reducing the deposition of fat at different places in the body .

Hair damage can be prevented to a certain extent by applying coconut oil. It also works as a mild sunscreen and can block around 20% of the harmful UV rays of the sun.

In the field of dentistry, coconut oil can be used as a mouthwash as part of the process referred to as oil pulling. The oil pulling process is generally believed to improve dental health by reducing bad breath and killing the harmful bacteria within the mouth.

Obesity has been on a rise globally, known to be closely associated with glucose intolerance, cardiovascular disease, low-grade inflammation, as well as liver damage . Certain dietary changes have been seen to control obesity, also treating the linked disorders as well by association.

Coconut oil, especially virgin coconut oil (VCO), has been seen to lower serum glucose and lipid levels, improve glucose tolerance, as well as decrease hepatic steatosis or accumulation of fat in the liver, leading to a condition commonly referred to as "fatty liver" . However, as the clinical trials were conducted on mice, much work is still to be done to establish the health benefits on human liver.

Clinical trials have established that coconut oil, at 100% concentration, is more effective than fluconazole in treating fungal infections caused by Candida.

With recently emerging species of Candida that are drug-resistant, coconut oil can be effectively used for treating fungal infections .

In addition to the various benefits generally claimed for coconut oil, there have been certain side effects witnessed as well.

Rich in saturated fatty acids, coconut, either whole or as an oil, should be consumed in moderation.

Amidst heightened consumer interest and widespread media speculation on the beneficial properties of coconut oil consumption, there has been much focus on coconut oil being a potent tool for weight loss. Nevertheless, the fact should be kept in perspective that the media has mainly cited studies with MCT oils in general and not coconut oil in particular .

Further research, specifically long-term clinical trials, are needed to establish an undeniable link between coconut oil and weight loss, that is, if there is indeed a link .

However, certain clinical trials have revealed that VCO and HVCO are ineffective against some strains of bacteria .

Coconut can hardly qualify as a good sunscreen, blocking merely 20% of the harmful UV rays of the sun .

Monolaurin, derived from lauric acid, comprises about 50% of the total fat content in a coconut. With antibacterial properties, monolaurin can help in the treatment of acne by disintegrating the lipid membrane of the bacteria .

While most people can apply coconut oil as a moisturizer or facial cleanser, it is not recommended for use by people with very oily skin. As coconut oil is highly comedogenic or prone to clog pores, application of coconut oil to the face can make acne much worse for certain people.

While there are many benefits of consuming coconut oil, too much of anything can be bad. Limit your daily intake of coconut oil to a maximum 30 ml or two tablespoons.
Overconsumption of coconut oil has been seen to cause dizziness, fatigue as well as headaches.

As always, moderation is the key. When consumed daily, even by healthy individuals, coconut oil can cause various gut problems including diarrhoea.

Diarrhoea, with an upset stomach and loose stools, is often witnessed as the most common side effect of coconut oil consumption. This can be attributed to the change in the gut bacteria or the sugars found in the oil pulling a lot of water into your gut.

Known for its anti-inflammatory property, coconut oil can be effectively used to cure minor skin troubles.

Nevertheless, it must be kept in mind that coconut oil should only be applied to intact skin. When applied to open wounds, coconut oil might lead to itching, redness as well as skin irritation.