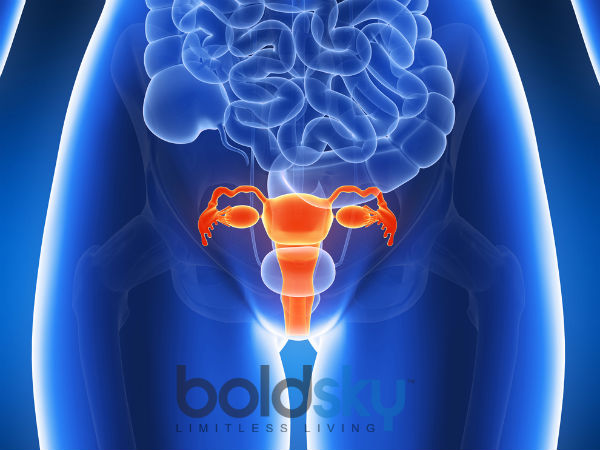 An ovary is one of a pair of reproductive glands in women, located in the lower abdomen on both sides of the uterus. They are the main source of the female hormones, estrogen and progesterone and also produces eggs.

What Are Ovarian Cysts?

Ovarian cysts are fluid-filled sac-like structures in an ovary or on its surface. They are usually harmless and painless. It is found that in their lifetime.

1. Follicle cyst: A follicle is a sac wherein an egg grows during the menstrual cycle. This follicle, in most cases, breaks open and releases the egg. When the follicle does not open and release the egg, the fluid in it causes a cyst. It will usually resolve on its own over a period of time.

3. Dermoid cysts: They are cysts which contain tissues like hair, skin or teeth. These tissues are usually developed abnormally, to form other body tissues.

4. Cystadenomas: It develops on the outer surface of the ovaries. They might be filled with a watery or a mucous material.

5. Endometriomas: When the tissues which grow inside the uterus, develop outside of it and attach to the ovaries, it results in cysts. This happens when the uterine endometrial cells grow outside the uterus.

6. Polycystic Ovarian Syndrome (PCOS): It is a condition wherein multiple small cysts are developed in both the ovaries. It is associated with various hormonal problems.

Ovarian cancer occurs when the abnormal cells in the ovary start multiplying out of control and form a tumour. Ovarian cancer usually may be undetected until it has spread within the pelvis and abdomen.

Ovarian cancer may develop at any age but it is most likely to occur after the age of 40 and generally post menopause.

• Germ cell carcinoma tumours: It is a rare type of ovarian cancer which begins in the cell that forms the eggs.

• Stromal tumours: It occurs in the cells which produce the female hormones, estrogen and progesterone.

Ovarian cysts do not show any note-worthy symptoms when they are small. But, as they grow bigger, various symptoms may occur. The symptoms of ovarian cysts and ovarian cancer are very much similar. They include:

• Pelvic pain (before or during menstrual cycle)

• Pain in the lower back

The causes of ovarian cysts are:

The causes of ovarian cancer are similar to that of cysts and also include other symptoms like:

• Use of certain fertility drugs

Do Ovarian Cysts Cause Ovarian Cancer?

Ovarian cysts are usually harmless and diminish by themselves without any treatment. Most women develop cysts at some point during their reproductive period.

The cysts may or may not cause ovarian cancer. Most of the cysts do not turn in to cancer. But, in very rare instances it would lead to cancer.

Since the symptoms of both cysts and cancer are very similar, identifying the difference would be quite difficult. However, a thorough examination and conducting required tests will help in their diagnosis.

With proper medical attention at the right time, the risk of cancer can be reduced.

A routine pelvic examination helps in detecting the ovarian cysts as well as cancer possibilities. The types of tests will depend on the size and composition of the cysts. The doctors may use imaging tools to detect the cysts. They include:

• CT scan: It is used to create cross-sectional images of internal organs, to detect the presence of the cysts.

• MRI: It is used to get in-depth images of internal organs, to help treat the cysts.

• Ultrasound test (Ultrasonography): It helps to determine the size, shape, location and composition of the cysts.

When there are no changes in the condition of the cysts, after a series of ultrasound test, the doctors may conduct other tests such as:

• Pregnancy test: To rule out the possibility of pregnancy

Like ovarian cysts, the first stage of diagnosis for ovarian cancer would be a pelvic examination, which helps to detect an abnormal mass or lump.

• Colonoscopy: It involves the examination of the large intestine to check for other problems.

• Abdominal fluid aspiration: To check for fluid build-up in the abdomen.

• Biopsy: It involves the analysis of a sample of an ovarian tissue.

The treatment of ovarian cysts depends upon its size, type, symptoms and also the age of the patient.

The treatment may be as follows:

• Watchful waiting: After ultrasonography, if cysts are detected and if the symptoms are mild, the doctors might suggest few more sessions to check for any kind of changes in the cysts. If the cysts have been diminishing automatically, it does not require any treatment.

• Surgery: If the cyst is large and growing progressively, it might have to be removed through surgery. Cysts can be removed either by removing the affected ovary or without removing it.

The treatment of ovarian cancer depends upon its stage and how far it has spread. It includes:

• Surgery: Surgery is conducted to remove the tumour or the uterus or lymph nodes. This again depends on the stage and type of cancer.

• Chemotherapy: It uses certain drugs or medications to destroy the cancer cells. The drugs used in this, prevent the cells from dividing and growing.

• Targeted therapy: It is a treatment which uses drugs to identify and destroy specific cancer cells, without affecting the normal cells.