Biopolymer Injection For Diabetes: An Alternative To Insulin Injections 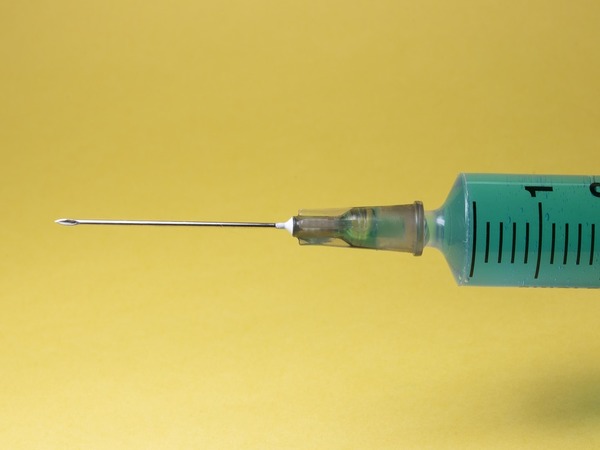 There are various treatment methods that have been developed for treating the condition, which help manage the signs and symptoms. The most common and effective method of diabetes treatment is insulin. It is available in the form of insulin shots (needle and syringe), pens, pumps, inhaler, injection port and jet injector. Insulin help keep the glucose levels at a normal level, thereby helping the individual lead a normal life .

However, the constant need to maintain the glucose level can sometimes be difficult, due to one's lifestyle demands. Taking weekly or daily insulin shots pose the risk of missing out as well. According to recent research on the effectiveness and easiness of diabetes medications, researchers have developed biopolymer injections that may offer weeks of glucose control , . In the current article, the possible effectiveness of biopolymer injections over the insulin injections will be looked into.

Polypeptides are chains of amino acids, a type of biopolymer which has become a breakthrough in the diabetes scene. Researchers at Duke University have developed a heat-sensitive polypeptide that is able to fuse with glucagon-like peptide-1 molecules (GLP1) which is asserted to be an effective answer for diabetes care . The injections are said to be increasingly effective than the usual insulin injections and do not require the need to be used on a continuous basis like the insulin injections .

Even in the midst of various treatment options, patients with diabetes are still faced with the struggle of maintaining their blood glucose levels as close to normal as possible. Individuals with type 2 diabetes are met with a heightened level of risk that can lead to serious complications. If any individual fails to get their dose of diabetes medication, it can result in elevated levels of blood sugar or glucose . This in term can lead to blindness, kidney disease, heart disease, stroke, and amputation of lower limbs.

The lack of proper management of diabetes has resulted in the biomedical engineers from Duke University in Durham, NC developing the biopolymer injections. Although effective, the insulin injections are often required two times a day due to the GLP1 molecule having a short half-life. It disappears from the body quickly , . But, the biopolymer developed by the researchers immediately respond to the body heat upon being injected and slowly dissolves to release insulin into the body.

The twice- or even once-a-month biopolymer shots are asserted to have the ability to replace the daily or weekly-once insulin shot required to control the type 2 diabetes. The long-lasting injection is developed from combining a familiar diabetes-control molecule, glucagon-like peptide-1 (GLP1) with an elastin-like polypeptide (ELP). Upon coming in contact with the body heat, the combination of GLP1-ELP develops a biodegradable gel-like 'depot' which releases the medication for managing the glucose levels.

Scientists at the university quoted that the biopolymer injection can "enhance therapeutic outcomes by eliminating peak-and-valley pharmacokinetics and improving overall safety and tolerability." And also, has the potential to improve the pharmacological performance of protein therapeutics and peptides apart from GLP1 .

The 2014 study was conducted on rhesus monkeys and mice, in which the monkeys showed an increased glucose control. In accordance with this, the scientists asserted that the medication would have more control in humans as we have slower metabolisms than mice or monkeys. It focused on shifting the design of biopolymers' delivery at the molecular level, so as to maximise the duration of the drug's delivery from a single injection .

The study revealed that the biopolymer injections lasted three times longer than the other medications used in diabetes treatment. It lasted for a period of 14 days in comparison to the 2 to 3 days (insulin injection), without any fluctuations in between. With more studies focusing on improving the impact of biopolymer injections, people suffering from diabetes can reduce the burden of constant injections and avoid the occurrence of hypoglycaemia or weight gain .

Studies are currently being conducted to understand the impact of the biopolymer injections on a diabetic patient's immune system. Apart from being a long-term cure for diabetes, the biopolymer is applicable for long-acting pain medication due to its controlled release properties . With almost half of patients with type 2 diabetes failing to manage their condition due to the difficulty caused by the treatments that require meal-specific doses, the biopolymer injections can emerge as an effective and efficient solution. Because, the findings offer an exciting new path towards delivering a variety of sustained, long-acting pain medications for diabetes.