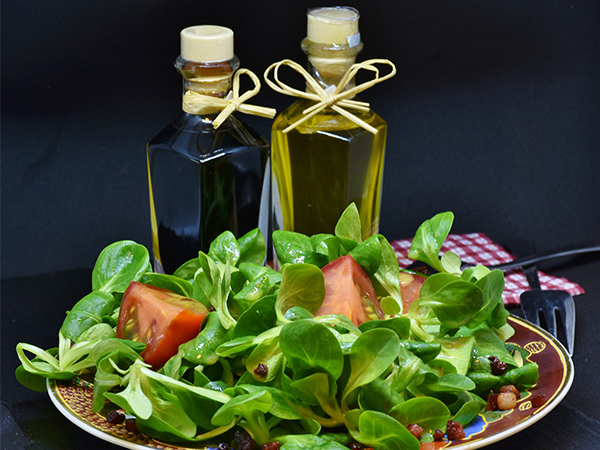 Scientifically termed as Eruca sativa, Arugula belongs to the family Brassicaceae. Arugula is commonly known as garden rocket, rocket salad, rucola, rugula, roquette and colewort. The leafy green plant is found in the West and East Mediterranean region , stretching from Portugal and Morocco to Turkey, Syria and Lebanon. Likely, the name of Arugula varies hinging on the area you are located in. The predominant commercial consumption of Arugula is found in parts of America, North Africa and Europe; with the green leaf being a constant ingredient in Italian cuisine.

The zestfulness, as well as the slight spiciness of the leafy green, makes it a common ingredient in dishes varying from salads to pizzas. Although resembling a lettuce in its form, arugula cannot be simply put in line with any other category of greens due to the plethora of health benefits the leafy green possess. As per the statistics report of the USDA National Nutrient Database, Arugula is suffused with minerals, vitamins and antioxidants. Arugula is denominated as being a superior leafy green in comparison to the other leafy green assortments due to the decisive impact it has on the human body and mind.

Arugula has a very low fat content of 0.66 grams. The nutrient content of the leafy green is as followed

Ranging from detoxification of the body to resisting cancer, the miracle leafy green helps in the absorption of minerals to the augmentation of athletic performance.

The ample amount of antioxidants in arugula has the ability to increase an individual's oxygen radical absorbance capacity (ORAC) that measures the antioxidant capacity. By regulating the enzyme reactions within the cells, the antioxidants present in arugula aids in destroying  the free radicals present in the human body. Through eliminating the disease inducers, the antioxidants help you in leading a healthy life and strengthens your immune system against simple as well as complex infirmities such as a common cold, premature ageing , heart diseases and even cancer.

Being a cruciferous vegetable, arugula is directly linked to the possible risk reduction of various types of cancer. As studies have revealed, fights and prevents cancer due to the presence of isothiocyanates  such as sulforaphane and erucin. It has been pointed out that dietary vegetables such as cabbage, kale, cauliflower, broccoli contains cancer-preventive components, but arugula stands apart due to the large quantities  of glucoerucin. Researchers have revealed that erucin present in arugula fights the tumour cells by suppressing the microtubule  dynamics.

The antioxidant alpha-lipoic acid present in the miracle leaf has been proved to be effective in lowering the glucose level and increasing the insulin sensitivity. It also aids in preventing the oxidative stress-induced transition in a diabetic patient. The nitrate presence in arugula makes it a compulsory ingredient in the diet for individuals suffering from type 2 diabetes. As per the dietary plan for a diabetic patient by the Group Health Cooperative of South Central , arugula is a must ingredient. The components also help in increasing the peripheral and autonomic neuropathy.

Arugula's low-calorie, nutrient and vitamin-rich properties inescapably have a direct impact on weight loss. By providing the necessary sustenance to the body, arugula does not add to the body weight  due to its low count of calories.

The richness of vitamin K and calcium in arugula makes it a definite source of bone health. The incorporation of arugula in the diet delays the onset of osteoporosis, thereby promoting the formation of bones. According to a 2003 study by the American Journal of Clinical Nutrition, arugula's reduced level of oxalate allows the increased absorption of minerals, thereby providing a strong base for healthy bone  development.

Arugula contains a good amount of vitamin A, which aids in improving the eyesight. The leafy green carries out the action by protecting the surface of the cornea. The carotenoids, which are natural pigments improving the eyesight, present in arugula slows down the degradation of an individual's eyesight. Thus, the incorporation of arugula into your diet plan can aid in fighting cataracts  at an early period.

One of the most relevant health benefits of arugula is the impact it has on improving your metabolism. The vitamin B-complex present in the arugula leaves aids the metabolism process by carrying out the different processes involved in metabolism, such as the production of energy, fat synthesis, red blood cells production , as well as various other critical processes by eight B vitamins.

The abundance of vitamins and the traces of elements such as copper, zinc, magnesium, iron etc., directly impacts the health of hair. That is, the unique beta-carotene in arugula strengthens the hair follicles, thus preventing excessive hairfall. The most effective way to use arugula for the health of hair is through the arugula oil. Arugula oil can be directly consumed and also, used as a mask during home-made hair care routines. If you do not like the taste of arugula oil , you can always consume it by adding it to salads.

The abundance of calcium and vitamin K present in arugula helps in fighting early skin ageing and wrinkles. As arugula improves your metabolism, this is reflected in the health of the skin. Along with calcium and vitamin K, the presence of vitamin C, and sulphur also improves your skin's health. Likewise, the amount of chlorophyll  present in arugula acts as a potent detoxifier.

The high levels of zinc content in the leafy green promote and improve the functioning of the blood vessels, thereby resulting in increased blood flow. The alkalizing nature of the green cleanses the blood , resulting in the proper pumping and transport of blood.

One of the most important roles played by arugula in the body is the cleansing of the liver. That is, the . Being a cruciferous vegetable, arugula eliminates the carcinogens, therefore, minimizing the damage level in liver cells. The consumption of arugula in fact 'cleanses' the liver, by neutralising the toxic chemicals , heavy metals and the traces of pesticides that could damage the liver.

Arugula has been consumed as an aphrodisiac from the very early times. In ancient Rome, arugula had a popular reputation as an aphrodisiac. By improving the overall blood flow in your system, consumption of arugula can have a definite impact on your sex life. Celebrated as an arousal aid since the very first century, the trace of minerals as well as the antioxidants in the dark leafy green help in dissolving the environmental contaminants  that can negatively hinder your libido.

Recent studies have revealed the positive impact of arugula on treating   gastrointestinal ulcer. Even though there is no definite cure for this kind of ulcer, the consumption of arugula is said to cause a relief. Arugula helps in this case by reducing the secretion of stomach-acid which causes the gastric ulcers. Scientists speculate that the leafy wonder helps the condition either by the reduction in the stomach acid secretion or by regulating the hormones that protect the lining of the gastric wall.